So I decided it might be nice to begin a blog to showcase the progress of my first ever game, Senescent Link. As here I'll have more space to right and be a little more personal rather than the limitations you face on Twitter or Instagram. And I'll be able to offer more information to those of you that are a little more invested in this project than others. In this update I quickly put together a little video to showcase how far I've got since my last update and since starting development of this game back in March.

The first thing is the starting rooms, the eventing, lighting and art has been completed for all of this, a couple fixes need to be made, and enemy sprites need to be added in but this will be a very easy job. Second is a hacking mini game, the one seen in this video is one of the more basic hacks, where you place pieces of a code in the correct areas, while avoiding a progressively more aggressive antivirus, eventually turning it into a bullet hell kind of mechanic, which will be seen in some of the more advanced hacks further int the game, also seen here is the computer startup screen for the company of the facility you are trapped in, Panacea Inc. Third up is a new area which hasn't been shown off before, showing off one of the kinds of collectibles available in the game, a series of Manga titled Trailing Embers, there will be roughly one of these to collect in every level, and shall be displayed in a hub room of sorts along with other collectibles and things to show off your progress. Also in this area is a changing room where you'll find your first ever new outfit, a vending machine to regain health, some hidden items and secrets enemy sprites and much more! I'm really happy with how this game is progressing, and if you took the time to read all of this thank you, I'm not sure when the next update shall be but I promise once I have more to share I will of course do so, bye for now! 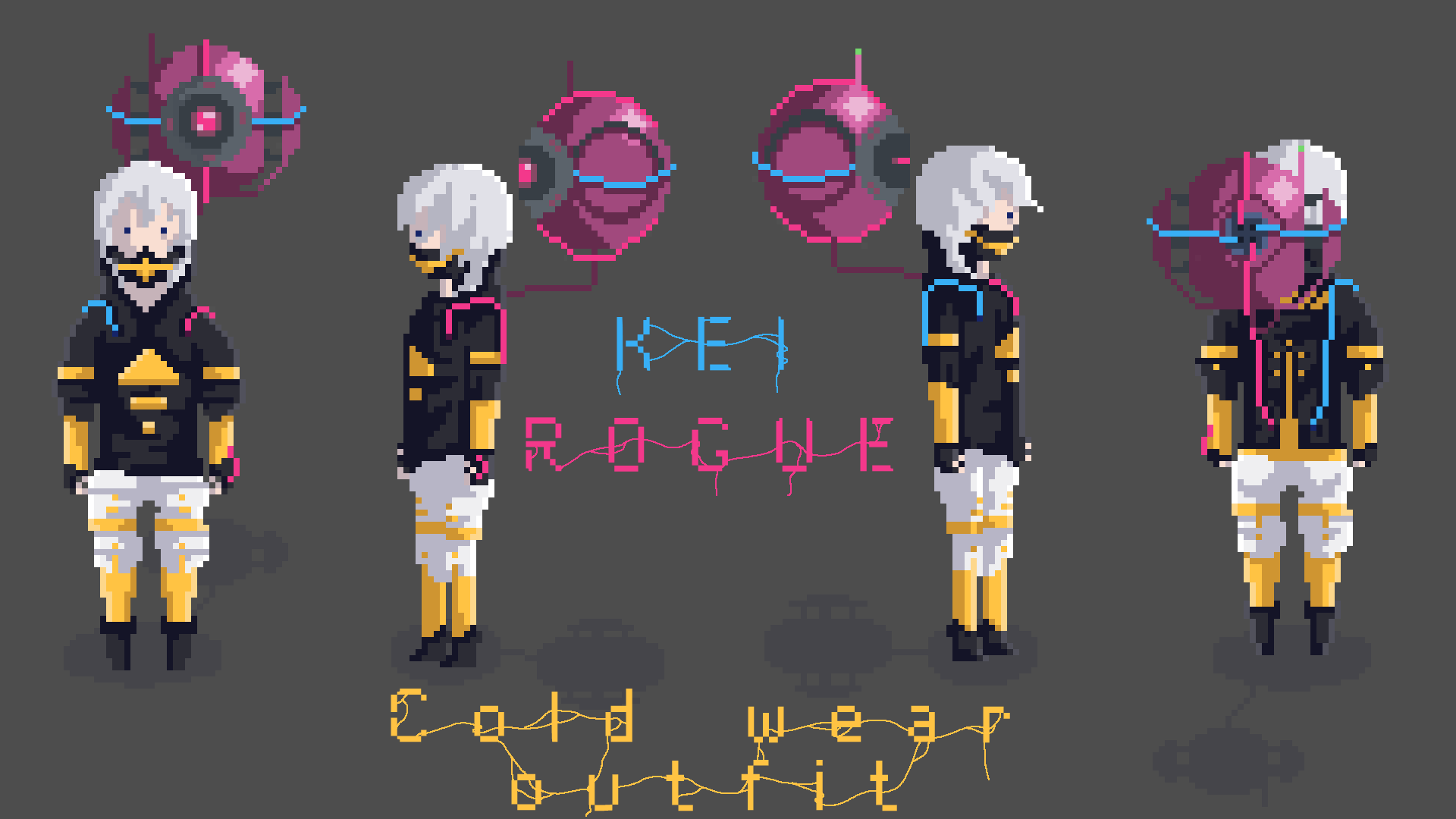 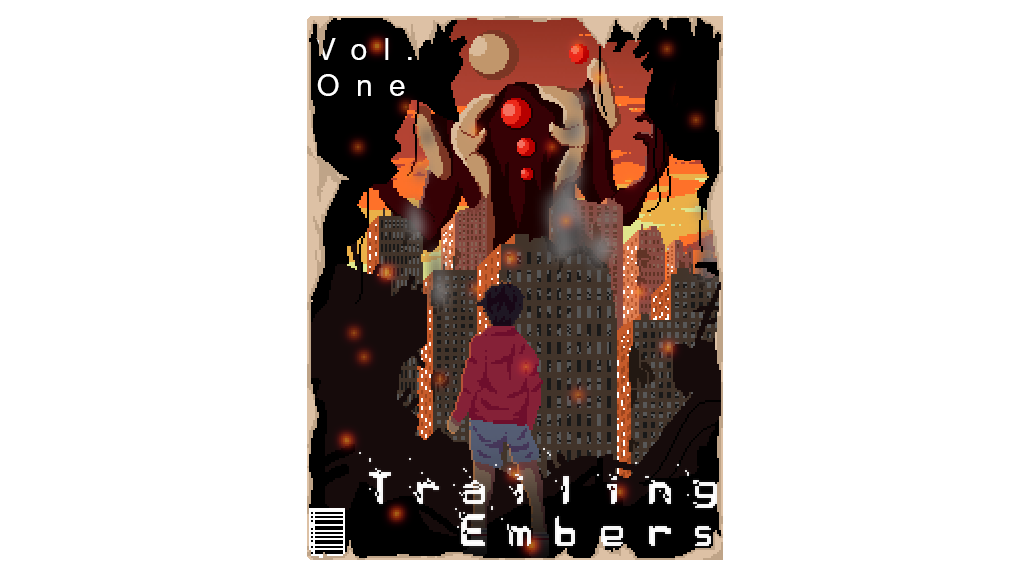 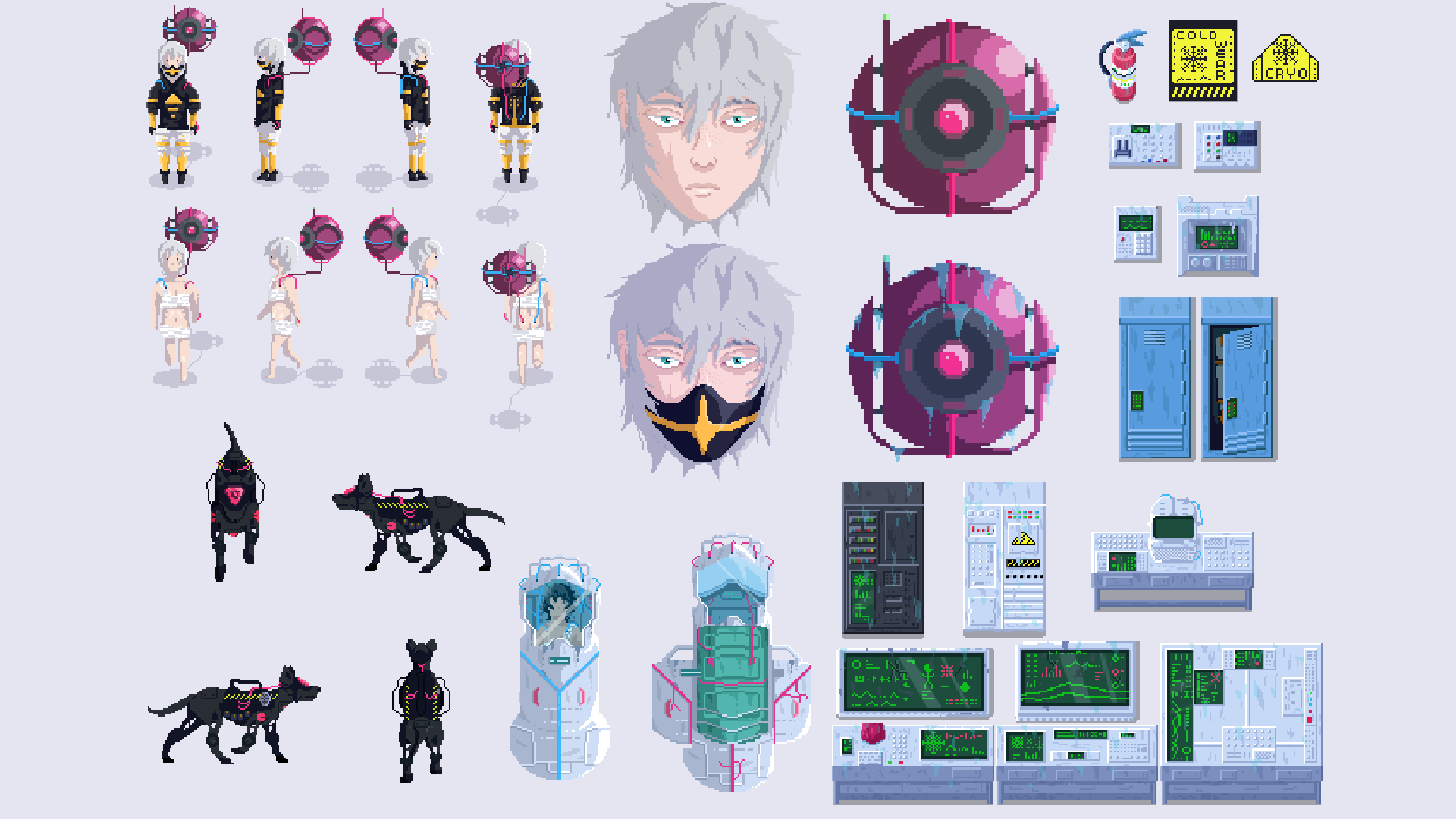